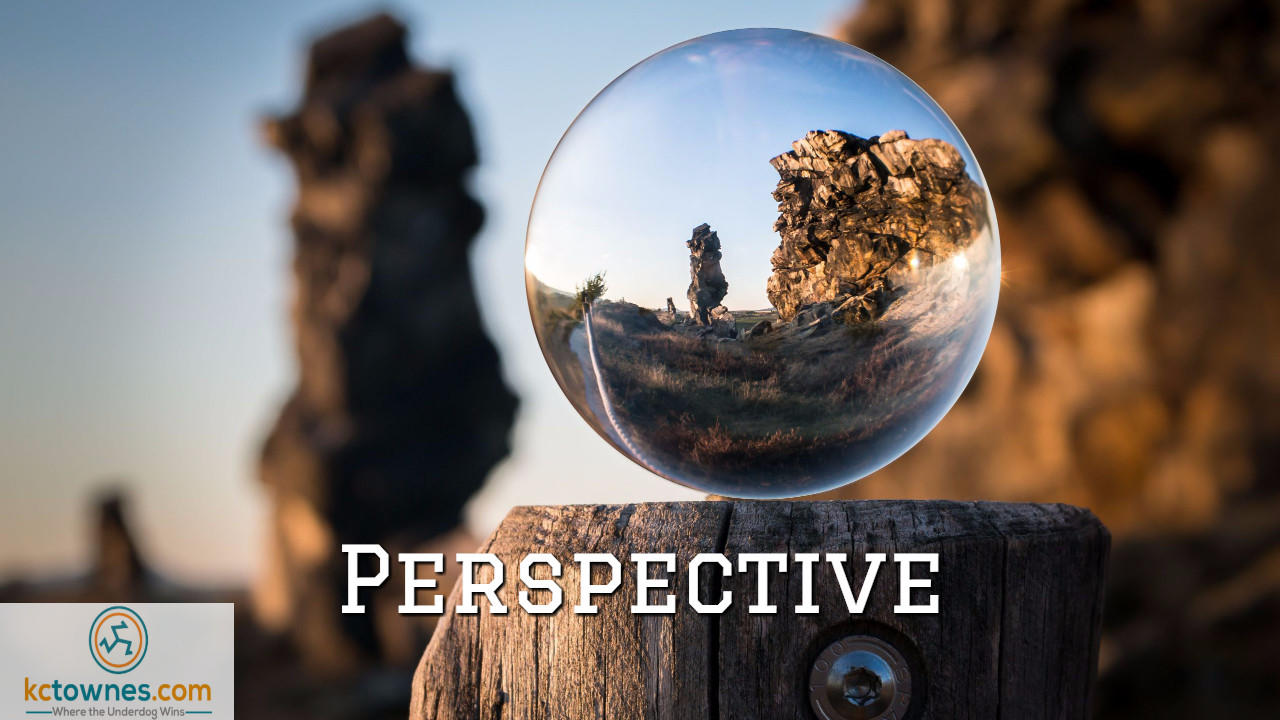 Perspective is what today’s blog post is all about. I have been in networking companies with some of the brightest, most incredibly talented people on the planet. When you stay around the industry for an extended period, you meet every different type of person imaginable. Along my journey, I met a fellow Distributor whose perception of things was (and still is) different than everyone else I’ve known. I’m not making a value judgment because of our differences, I’m simply stating they consistently saw things at an angle most of us never even imagine. I’ll be transparent about my perceptions. In the beginning their perceptive process made me very uncomfortable, because they didn’t see what the masses (which I was a charter member of at that time) saw. When some of us would discuss the gatherings at the social mixers, there were times some of the distributors only talked about this person instead of the event we just attended. The reason so many of us would discuss this person after the gathering is because of the things they said during the event. They said things hardly any of us would even think about, even though we all attended the same business overview. Their vision and perspective was not in sync with the masses, it was different.

When the majority of us saw an opportunity regardless if it was property, a vehicle and so much more we found reasons not to invest. They invested. When we saw danger, they felt safe. It seems like no matter what we perceived was happening, this person normally felt the opposite. Not because they were trying to be different, again they ‘re perception about everything checked in on a different level than almost everyone around them. Up until that time I’d never met anyone who seem to be so ridiculously out of sync. But what seemed out of sync for all of us oftentimes ended up benefiting this person who shared their insight with us.

I must be clear and fair. They shared their intellect and perspective with the group almost all the time. When we all looked at some really nice condos early in our career, not one of us had the ability to visualize and look past the condos and see the future. Our fellow distributor was the only one who seemed to notice, there was school under construction within a two block radius. We also never noticed the brand-new shopping development going up less than half a mile away. What we saw was a subdivision being built out in the middle of a very deserted area. So all of us with our intellect, our incredible understanding of networking and all of our awards and plaques saw no value in investing in the property we were being shown. We knew there was no value in purchasing a condo, it would be a waste of money and time.

There are so many morals to the story but I’ll get right to the point. The biggest learning point for everyone (the masses) happened because we did not invest. But our ‘different’ business partner did. Here’s a quick question for you; only one person earned a 40% profit that year on any single investment. Guess who that person was, yes our friend who dared to be their own person. That same property we were all being shown was the vehicle. While we didn’t see the importance in the things they pointed out to the rest of us, I learned that different doesn’t mean wrong. I also learned that ‘Majority’ more times than not, has no correlation with anyone’s intelligence level. Majority normally means average. When most people see something the same or when you’re in a group and most people say yes or no to a thing, often times average results are achieved.

If you're looking for a fresh perspective and resources to take you OVER the TOP, feel free to get your no cost video training series here by letting me know where to email it