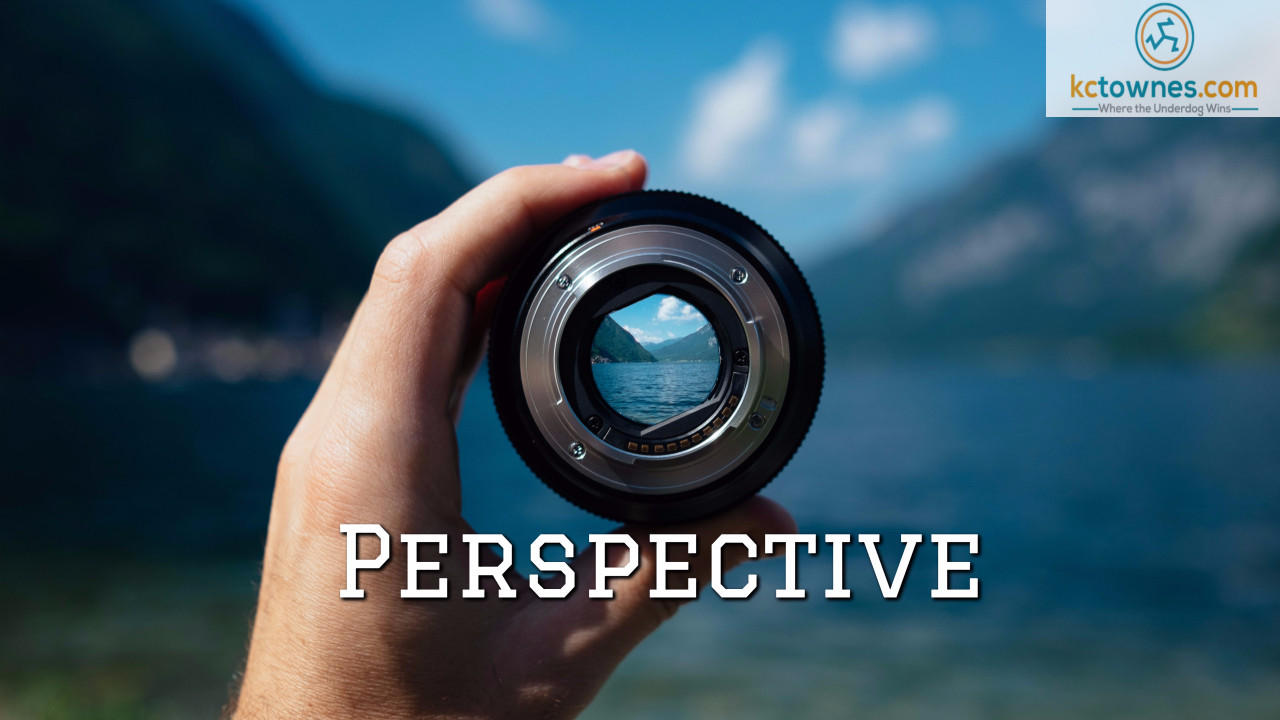 Now that we have put the proper focus on the issue of Perspective, I want to share a story I read once that helped me understand how our different perceptions can shape how we view everyday occurrences and people we encounter.  As you read this story, think about the times you were with others, you saw the same thing but the perception of what you were looking at, or who you were dealing with somehow wasn’t the same for all.

The story of the 5 blind men and the elephant;

Once upon a time, five blind men came upon an elephant.

“What is this?” asked the first one, who had run head first into its side.

“Wow, so this is an Elephant!  I’ve always wondered what Elephants are like.” said the man, running his hands as far as he could reach up and down the elephant’s side. “Why, it’s just like a wall, a large, warm wall!”

“What do you mean, a wall?” said the second man, wrapping his arms around the elephant’s leg. “This is nothing like a wall. You can’t reach around a wall! This is more like a pillar. Yeah, that’s it, an elephant is exactly like a pillar!”

“A pillar? Strange kind of pillar!” said the third man, stroking the elephant’s trunk.  “It’s too thin, for one thing, and it’s too flexible for another. If you think this is a pillar, I don’t want to go to your house!  This is more like a snake.  See, it’s wrapping around my arm.  An elephant is just like a snake!”

“Snakes don’t have hair!” said the fourth man in disgust, pulling the elephant’s tail. “You are closer than the others, but I’m surprised that you missed the hair. This isn’t a snake, it’s a rope.  Elephants are exactly like ropes.”

“I don’t know what you guys are on!” the fifth man cried, waving the elephant’s ear back and forth. “It’s as large as a wall, all right, but thin as a leaf, and no more flexible than any piece of cloth this size should be. I don’t know what’s wrong with all of you, but no one except a complete idiot could mistake an elephant for anything except a sail!”

And as the elephant moved on, they stumbled along down the road, arguing more vehemently as they went, each sure that he, and he alone, was right and all the others were wrong.  Whereas the truth is that an elephant is… an elephant.

How many times do we argue about the details of things when back to get a bigger picture would save a lot of debate?

Great leaders are able to bring people with diverse perspectives and personalities together to help them understand that although they may only experience a certain part of the elephant, it’s still an elephant.

This simple story says it all for me in so many ways.  I know for myself there are times I’ve been with others I grew up with, we experienced something together but saw it totally different.  I mean when we discussed the issue we weren’t even close. Even though we had a similar upbringing, even though we’d known each other all our lives and got along well. Somehow, we experienced something together but did not see the same thing. This is not uncommon. I believe many people with much in common, experience events together and come out on opposite sides of a discussion about what they saw.  What’s this got to do with networking, EVERYTHING. We meet an individual in the supermarket, in the mall or around town.   One distributor gets excited and shares their business model, product or service with that person they just met. The other distributor won’t budge, raise an eyebrow or even blink at the person as far as exposing them to their business. When they get together after, the first distributor says; PUT YOUR NAME HERE, he was so sharp I cannot believe you didn’t talk to him? And the response that you hear often is; Really, I didn’t get that.  You both saw the same person at the same time, who said the same things.  The first distributor got excited because of their personal perspective, the other distributor didn’t think the person was worth the time.

Who’s right who’s wrong? To be totally honest this is not a right or wrong issue.  This is what I call ‘Perspective dilemma’.  To eliminate future perspective dilemmas, the best distributors rely on consistency. They are consistent in their language, consistent in the amount of exposures they do daily, and they’re consistent about not prejudging the people they see and meet.   Why do I call this perspective dilemma?  Because the next person you meet, could be the most promising distributor you’ll never sponsor.  That’s right, you will never sponsor because you grabbed the trunk of an elephant (the biggest prospect you had the potential to expose) and saw him as a snake. So, our story about perspective really focuses on leveraging your opportunities, while not eliminating yourself from seeing someone for who they really are, or who they can become.

The next time you debate with someone about something, you experienced together that you don’t agree on. Check to make sure you’re not at the trunk end of an elephant (huge prospect) believing you’re looking at a snake.

Just remember every prospect is a suspect to introduce you to the next person who leads you to success.

Feel free to share this post with others and if you haven't already done so, consider registering for our FREE Hits and Highlights Video Course here